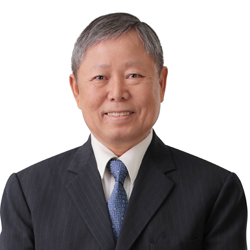 Guillermo L. Parayno Jr. is an Independent Director of Metro Retail Stores Group, Inc. (MRSGI). He has held various leadership positions in both the government and private sectors. His accomplishments in public service, as well as his expertise in information technology infrastructure, logistics, and supply chain, have gained him recognition from different institutions, including the PMA Alumni Association, the Asian Institute of Management, the Chamber of Customs Brokers of the Philippines and the Professional Regulatory Commission of the Philippines.

Parayno has previously served as a Commissioner in the Bureaus of Internal Revenue and Customs and as Regional Director for the Economic Intelligence and Investigation Bureau of the Department of Finance. He has also served as Assistant Chief of Staff for Plans and Programs of the Philippine Coast Guard, as well as taught at the Philippine Military Academy and the University of the Philippines. He has further worked for several development projects with the United Nations Development Program and the Asian Development Bank.